“I was able to discover something at 39 that some people don’t discover their entire lives. I discovered my ‘why’.” 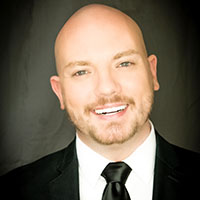 “It’s about our colleagues, our coworkers, and our resident base,” says the Atlanta trainer and property transitions leader for Common Living. “It’s about our suppliers and our owners and investors.” To that end, his role as trainer gives him a front row seat to “the success of the next gen.”

That view of life and career did not come easily, and Williams confesses to spending a lot of time wondering if he would ever find his purpose. He kept body and soul together with any job he could find, “bartender, server, host, bingo caller.”

If there was a thread running through this period in his life, it was an affinity for real estate, and throughout his time of soul searching, he kept the flow of resumes going out. He was working in the marketing department of an Alabama developer when he discovered property management. (Williams grew up in the Cotton State.) He eventually landed a local job as leasing agent for a multifamily property (“I closed 108 net move-ins in my first eight months,” he recalls.) and he did a 10-year stint at Lincoln Property Co.

Along the way to “why,” he encountered two professionals who would help shape his career. The first was Julie Kim, one of Alabama’s top real estate agents, who served as an early career advisor. The other was force of nature Dr. Debbie Phillips, who then introduced him to IREM.

Williams has been in property management for 12 years now, “and I never looked back.” But he is forever giving back, and his commitment to the industry is evident in the raft of achievements he’s racked up. He’s been recognized as IREM Georgia’s 2021 Accredited Residential Manager of the Year, as well as an IREM Next Gen CPM leader. Additionally, he’s now in the process of joining the organization’s Next Gen Advisory Board. (It should be noted that he was also named one of three of Atlanta’s Funniest Apartment Professionals.)

IREM couldn’t have picked a better choice to serve as one of its ambassadors to the up-and-coming generation. And not only for his perspectives on training, but for the type of job he holds. Property management is changing, and new forms and methodologies are coming to the fore. Common Living itself represents a new way of thinking.

“It’s the number-one provider of co-living in the country as well as a provider of micro units across the globe,” Williams explains. “Think student housing for non-students.” In cities with astronomical rental rates, young professionals (the clientele does run younger) can rent a bedroom rather than an entire apartment. “We furnish the space and cover the utilities, housekeeping and Wi-Fi. You get a bed and nightstand, and you bring whatever else.” And rather than dropping thousands per month on a SoHo closet, “You can rent a one-bedroom for $1800 and live fluidly,” he says. The standard rental time ranges from three to 12 months.

“Whenever we take over an asset,” he explains, “I train the entire team, up to the portfolio manager, on how to be successful property management professionals.” Hence his front-row seat.

And that’s a vital perspective since, as Williams says, the future of the industry resides not just in youth, but in diversity, equity and inclusion (DEI). “There’s proven science behind why focusing on DEI works to better all organizations that put it at the forefront of their operations,” he says. “I’m happy to see IREM headquarters promoting it as they do. When we’re all afforded a seat at the table, everybody wins.”

As business models such as Common Living prove, the constant in property management is change. And herein lies one of the major benefits of embracing the next generation and DEI. Through such diverse viewpoints, the industry stays ahead of the curves that shape it. Williams points as examples to the rise of artificial intelligence, sustainability, and even cannabis, “things I never thought I’d see in my lifetime.

“If you’re still building paper files and taking paper checks to the bank, you were behind 10 years ago,” he continues. “It’s time to get on board or get left behind.”

And while that critique is politely leveled at more seasoned pros, Williams has some gentle advice as well for up-and-comers who dream of one day taking over the helm: “Be a leader and not a boss. A boss says, ‘I’ and ‘me.’ A leader says, ‘us’ and ‘we.’”

And when you lead, do so “with authenticity and empathy. Be collaborative, innovative and available.” And most of all, “try to maintain a sense of humor.”

And that’s serious advice coming from the third funniest apartment pro in Atlanta.